Saved by a hole in the ground 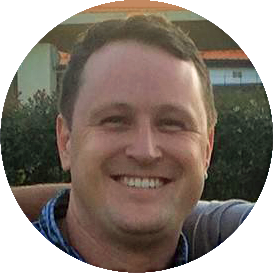 Assistant minister Brian Barker looks towards Easter and the hole in the ground that saves us.

Politicians love telling us that holes in the ground will save us!

They’re usually talking about a shiny new road or rail tunnels that will enable us to travel around the city more quickly and easily than before—saving time.

When they’re working well, those holes in the ground do save time on commutes or trips across town. 10 minutes here, 20 minutes there. It adds up and gives us a little more time with our family and even more time to sleep! But do they really save us?

As Easter approaches, we turn our attention to another hole in the ground that saves. But this hole saves much more than time. The New Testament tells us of Jesus’ murder on a Roman cross and his burial in a nearby tomb. John’s gospel records specific details of the burial procedure (John 19:38–42), and Matthew outlines the precautions taken by the authorities to guard the tomb (Matthew 27:62–66). And yet, astonishingly, each of the four gospels also present clear eye-witness records of Jesus’ tomb being empty just a couple of days later. Is this just another hole in the ground?

For starters, Jesus’ followers spent the rest of their lives telling everyone who would listen that Jesus had risen from the dead. Many had seen him with their own eyes and were so convinced that they were willing to endure great suffering rather than stop speaking about it.

Secondly, Jesus told his followers beforehand that his tomb would be empty. Jesus says in Mark 9:31, “The Son of Man is going to be delivered into the hands of men. They will kill him, and after three days he will rise.” Jesus knew that he was about to be executed, but he was also completely confident that his death would not be the end.

Thirdly and most significantly, Jesus’ empty tomb saves us from death. Death has always had a stranglehold over humanity, with no hope of escape. Yet, in 1 Corinthians 15:20–22 Paul says, “But Christ has indeed been raised from the dead, the firstfruits of those who have fallen asleep. For since death came through a man, the resurrection of the dead comes also through a man. For as in Adam all die, so in Christ all will be made alive.”

When Jesus rose from death, he broke death’s power over us. He was dead and buried in the ground, but when he burst back to life, it’s like the dam burst. Now everyone who is ‘in Christ’, everyone who trusts him, can be confident that because Jesus rose from the dead, one day they will too. Jesus has broken the stranglehold. Yes, death is still painful, especially when we lose someone dear to us, but Jesus’ resurrection gives us hope in our sickness and even in our tears. It’s fitting, then, that Paul finishes his long discussion of Jesus’ resurrection with these words of thanks: Thanks be to God! He gives us the victory through our Lord Jesus Christ.

New roads and rail tunnels might give us hope of a shorter commute (and sometimes they work!), but Jesus’ empty tomb gives us certainty about our future and ensures that death will not be our end!