The God who serves his people 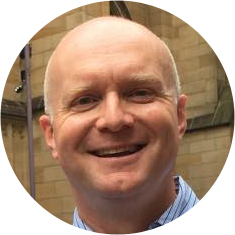 Senior minister Mat Yeo encourages us to follow the example of our Servant God, who deserves all the glory.

In February, our verse of the month is Mark 10:45. It tells us that at the core of our faith is a life of service, and it also tells us our motivation for serving.

For even the Son of Man did not come to be served, but to serve, and to give his life as a ransom for many.

The context of Jesus’ words is this: Jesus and his disciples are about to enter Jerusalem and be greeted by a large crowd, praising the coming king. Two of Jesus’ disciples thought the time was right to press their claim to be given places of honour next to Jesus in glory. Yes, it is a somewhat self-serving claim, but it may have been no different to what the other disciples were thinking. Perhaps they just didn’t get in fast enough!

Jesus takes the opportunity to teach his followers about the true nature of his kingship—servanthood! Jesus did not come to this earth so that we would serve him. He came to give his life for us, to serve us. The glory is rightly his. He is the one whom Daniel saw in his vision (7:13–14):

In my vision at night I looked, and there before me was one like a son of man, coming with the clouds of heaven. He approached the Ancient of Days and was led into his presence. He was given authority, glory and sovereign power; all nations and peoples of every language worshipped him. His dominion is an everlasting dominion that will not pass away, and his kingdom is one that will never be destroyed.

And yet, Paul writes that the Son of Man made himself nothing, took on the nature of a servant and became man. He humbled himself and became obedient to death. He served his creation.

We are to follow in his footsteps. We have been saved to serve—to serve God, to serve his people, to serve all people. And we do this joyfully because we are firstly served by the God who died for us.

Christianity is all about Jesus, the God who serves his people.